I never got to form a rational sentence in front of George Romero. The closest I ever came was two decades ago, while Jeff Waltrowski, Nic Pesante, and I were doing convention appearances trying to find a distribution deal or whatever other opportunities we could stir up. We’re western Pennsylvania, so Romero had always been a guiding light, a patron saint to DIY filmmakers, particularly here.

I lost track of how many times I checked out the definitive Romero tome, The Zombies That Ate Pittsburgh by Paul R. Gagne, from my local Bookmobile when I was in middle school. Or, how many times I made them bring it back down to me. George Romero is the reason I love Stephen King. The reason I read my first Richard Matheson story. The first of a lot of things, if you’ve seen Monkey Shines: An Experiment in Fear.

George Romero’s table would always have the longest lines at shows. Queues so daunting that we could never justify taking that much time away from our table to wait for the man. That’s the nature of the hustle. But, one afternoon, just after lunch, there were only a couple of people milling about in front of him.

Jeff and I had been joking around for the previous month, referencing a Best in Show deleted scene, when talking about our favorite Romero pictures. Guest’s Harlan Pepper character has a strong North Carolinian accent, and there’s a segment where he’s highlighting differences in the speaking patterns of folks from different counties particularly those who lived under high tension wires. It would be a string of jibberish concluded with “I’m a Pamlico County boy.”

Jeff and I would eventually morph this into:

I prefer Day because all the wheels have come off of society, and the real monsters’ masks have fallen. It is an ugly, brutal, underrated film with the best human antagonist of any zombie story ever.

On that fateful day, when we’d finally get to come face to face with the man himself, we both took one look at George Romero with his iconic plastic-rimmed glasses and were completely starstruck. Like stammering, hands shaking, red-faced starstruck. I can feel my face turning red and my ears getting hot as I type this.

Romero looked at us, possibly wondering if there was anything of substance to be had from the exchange. There was not.

A wide, toothy smile spread across Romero’s face. He laughed. I’d like to think that he could tell how green we were and understood his place in the heart of a couple of young filmmakers from the area.

I think I managed to croak out a weak, “Have a good day, sir” before we retreated back to our table like the fog at sunrise in Evil Dead II.

Jeff would cross paths with Romero again, at the Pittsburgh premiere of Land of the Dead, I think he got to say a quick, “Hello,” and that was that. I wouldn’t get another chance for a decade and a half.

One day, I get a phone call from Jeff. An old friend of ours was receiving an award at a program that would also be honoring George Romero with a lifetime achievement award. Did I want to go?

There were rumors circulating at the time about Romero’s health. He had been living in Canada for some time and didn’t make it back to Pittsburgh very often. The word on the street was not good. This might be our last chance to engage with him.

Jeff and I arrived at the event. I always feel somewhat uneasy at events like that, like it’s only a matter of time before I say or do something that gets me called out as the rube I am, Starling-style. We survive an elevator ride with Russ Streiner without incident.

Jeff gestures across the room at Lori Cardille, star of Day of the Dead, daughter of “Chilly Billy” Cardille, who I never had the pleasure of meeting.

We mull about with the crowd. Catch up with our friends. We’d each met most of the folks there at one time or another, but not as “mature” adults. I decide to enjoy the moment. Take in the room, the atmosphere. Be present. Try not to bother anyone. Maybe we’ll intersect organically later.

The award ceremony concludes, Jeff and I are largely speaking with friends and former collaborators when we see George Romero coming out of the main room and heading into one of the side rooms. I also see this one dude I knew from around town pursuing him with an armful of memorabilia.

Memorabilia that he brought to an award ceremony honoring Romero.

Romero starts signing some of the guy’s stuff. The fan keeps shoving stuff at him. Some people trying to get the guy away from Romero, who is visibly agitated. The fan is insisting and is he raising his voice to George A. Romero? Mercifully, the staff separates the autograph hound from Romero and the fan is shown the door. The dude is smiling as he is escorted out of the building.

My heart broke. No joke. Tears in my eyes. Angry, existential tears. Not because I didn’t get to talk to him, but because that was the experience he had upon returning to his hometown.

Two things about that night really stick with me:

One, that dude still probably has that memorabilia.

Two, fandom can have an appetite not unlike that of the Living Dead. 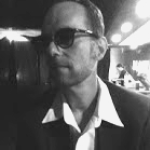